Update: On August 2, 2022, the U.S. Senate voted 85-11 to approve the Sergeant First Class Heath Robinson Honoring Our Promise to Address Comprehensive Toxics (PACT) Act of 2022. On August 10, 2022, President Joe Biden signed the bill into law, finally opening the door to justice for victims of water contamination at Camp Lejeune.

On August 2, 2022, the U.S. Senate passed the Camp Lejeune Justice Act as part of a broader legislation, aimed at improving benefits for veterans exposed to toxins, referred to as the Honoring our PACT Act of 2022. On August 10, 2022, President Joe Biden signed the Bill. Injured Marines and their families, as well as civilian workers, will finally be able to seek justice for exposure to toxic water at Camp Lejeune between August 1, 1953, and December 31, 1987.

The Marine Corps Base Camp Lejeune is home to II Marine Expeditionary Force, 2nd Marine Division, 2nd Marine Logistics Group and a naval hospital. The base and its surrounding community are home to a population of 150,000 people. Between August 1953 and December 1987, veterans and their families (children, wives) and workers living off base at Camp Lejeune, North Carolina were exposed to toxic chemicals that have been scientifically linked to serious health concerns.

The Camp Lejeune Justice Act recognizes that military families consumed contaminated drinking water for decades at Camp Lejeune. Runoff from storage tanks, treatment plants and a nearby dry cleaner put Tricholorethylene (TCE), Perchloroethylene(PCE), Benzene and Vinyl Chloride in the water. All are classified by federal agencies as causes of cancers and other deadly diseases.

Multiple federal agencies have recognized the health effects of the contamination. The Department of Veterans Affairs has established a presumptive service connection for exposure to contaminants in the water supply at Camp Lejeune from August 1, 1953 through December 31, 1987 who later developed one of eight diseases.

Veterans and their families began filing suits against the U.S. government in 2005, alleging harm from exposure to contaminated drinking water. In 2016, all claims were dismissed. The court determined that claims were barred by both federal and North Carolina law. Under the Feres doctrine, service members may not sue the U.S. government for injuries incurred “incident to military service.” Under the North Carolina statute of repose, an unusual law, a plaintiff is barred from bringing a suit more than 10 years after the contamination occurs.

Now that the bill is passed and signed, justice might finally be available. The Feres doctrine would no longer bar claims by service members, their families or representatives who were exposed to the drinking water at Camp Lejeune for at least 30 days between August 1, 1953, and December 31, 1987. Old claims would have a new two-year window to file, even if they were previously dismissed under North Carolina law.

A Video Message About the Camp Lejeune Lawsuit

How can we help you? 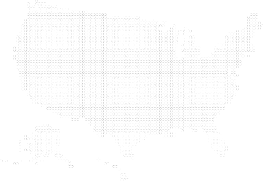 Discover why Parker Waichman is considered an industry leader by contacting us for your free consultation.

Camplejeunelawsuit.com is sponsored by Parker Waichman. This website and its content may be deemed attorney advertising. Prior results do not predict a similar outcome. For more information, visit our sponsors page.